Rich and Poor Pakistanis Should Not Let Down Pakistan

In my earlier post I talked about the US Governments threat just before the 2001 Afghan invasion to bomb Pakistan back to stone age. But in this post I would like to look into the problems in the Pakistan society. I hope it will inspire concerned Pakistanis and foreigners to do something to alleviates the sad situations in Pakistan. 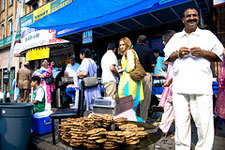 In the international media, as far as Pakistan is concerned, the only focus is on the Taliban, al-Qaeda, and the bombs in and around Pakistan. So it is quite common for many people in the rest of the world to imagine Pakistan as a hellhole. But Pakistan is a beautiful country with fascinating people and full of good things like any other country on earth. The community blog All Things Pakistan is a good place to learn about the largely unknown and real Pakistan and about the average Pakistani citizens and their lives. But at the same time Pakistan has some pressing issues (yes, common to many developing countries) which urgently needs to be addressed.

The American pressure for ever increasing co-operation in their dubious, “war on terror,” is not the only issue Pakistan is facing today. Poverty, corruption, bribery, nepotism is breeding like cancer in Pakistan but the rich are getting fatter and fatter. Although a lot of effort is devoted to giving the best possible spin to the economic picture, all is not well on that front.

The country’s infrastructure is revoltingly inadequate while half the population remains illiterate. Dreadful tribal practices still exist and hound the country in an appalling way. Pakistan remains hopelessly dependent on multi-lateral and bilateral aid givers both for development and rehabilitation efforts. That is why economic aid (in other words “bribe” for cooperation) is so tantalizingly attractive. Governance is abysmally bad and the political will to set things right is conspicuously absent. Politicians and affluent Pakistanis remain deaf and blind to the plight of the least privileged in their society. The political and military class continues to make hay with or without sunshine. Public opinion is ignored for the reason that it is not backed by adequate muscle. Whatever happens Pakistanis have allowed it…

The Pakistani people need to demonstrate the People Power to set things correct which today happens to be conspicuously absent. And Pakistan eagerly awaits for people who will do something that will affect brothers and sisters of the next generation in a way that will not produce any sad tears and bloodshed.

This entry was posted in Muslims, Pakistan, South Asia. Bookmark the permalink.