15% To 30% African Americans May Have Muslim Slave Ancestors! 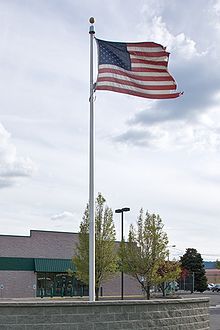 I found some interesting information today which I think will interest you. As you know this is the era where even African Americans question whether President Barack Hussein Obama is a Muslim and doubt his sincerity and ambitions. This is due to his father being a Kenyan immigrant Muslim and his upbringing in a Muslim majority country called Indonesia. Not to mention is his having a Arabic middle name called Hussein.

But what a African American or Black American may not know is they themselves may be a descendant of Muslims. African Americans who doubt and look askance at the religion called Islam, may unknowingly mocking their own forefathers and great great grandfathers and grandmothers. Their ancestors may well have been great defenders of the said faith of Islam until slavery, lack of religion freedom and access to religious knowledge and gatherings made them gradually loose or give up their religion and embrace the religion of their conquerors and masters.

It was when I was looking for statistics about the number of practicing Muslims in the world I came across the wikipedia article about Islam in America. I got sidetracked from my aim and gave into my curiosity to check it out. In this article you can find some interesting information and facts about Islam and the United States.  And one such is about slaves brought from Africa to colonial America.

Here the excerpt of the section called Slavery from the Wikipedia Islam In America article. These same facts can be found in the wikipedia “African American” article.

Many of the slaves brought to colonial America from Africa were Muslims. By 1800, some 500,000 Africans arrived in what became the United States. Historians estimate that between 15 to 30 percent of all enslaved African men, and less than 15 percent of the enslaved African women, were Muslims. These enslaved Muslims stood out from their compatriots because of their “resistance, determination and education” [31]

It is estimated that over 50% of the slaves imported to North America came from areas where Islam was followed by at least a minority population. Thus, no less than 200,000 came from regions influenced by Islam. Substantial numbers originated from Senegambia, a region with an established community of Muslim inhabitants extending to the 11th century.[32]

Michael A. Gomez speculated that Muslim slaves may have accounted for “thousands, if not tens of thousands,” but does not offer a precise estimate. He also suggests many non-Muslim slaves were acquainted with some tenets of Islam, due to Muslim trading and proselytizing activities.[33] Historical records indicate many enslaved Muslims conversed in the Arabic language. Some even composed literature (such as autobiographies) and commentaries on the Quran.[34]

Some newly arrived Muslim slaves assembled for communal Salah (prayers). Some were provided a private praying area by their owner. The two best documented Muslim slaves were Ayuba Suleiman Diallo and Omar Ibn Said. Suleiman was brought to America in 1731 and returned to Africa in 1734.[32] Like many Muslim slaves, he often encountered impediments when attempting to perform religious rituals and was eventually allotted a private location for prayer by his master.[34]

Omar Ibn Said (ca. 1770–1864) is among the best documented examples of a practicing-Muslim slave. He lived on a colonial North Carolina plantation and wrote many Arabic texts while enslaved. Born in the kingdom of Futa Tooro (modern Senegal), he arrived in America in 1807, one month before the US abolished importation of slaves. Some of his works include the Lords Prayer, the Bismillah, this is How You Pray, Quranic phases, the 23rd Psalm, and an autobiography. In 1857, he produced his last known writing on Surah 110 of the Quran. In 1819, Omar received an Arabic translation of the Christian Bible from his master, James Owen. Omar converted to Christianity in 1820, an episode widely used throughout the South to “prove” the benevolence of slavery. However, some scholars believe he continued to be a practicing Muslim, based on dedications to Muhammad written in his Bible[35].[36]

Peter Salem, a former slave who fought at the Battle of Bunker Hill, is speculated to have Muslim connections based on his Islamic-sounding name. Other American Revolution soldiers with Islamic names include Salem Poor, Yusuf Ben Ali, Bampett Muhamed, Francis Saba, and Joseph Saba.[37].

Bilali (Ben Ali) Muhammad was a Fula Muslim from Timbo Futa-Jallon in present day Guinea-Conakry, who arrived to Sapelo Island during 1803. While enslaved, he became the religious leader and Imam for a slave community numbering approximately eighty Muslim men residing on his plantation. He is known to have fasted during the month of Ramadan, worn a fez and kaftan, and observed the Muslim feasts, in addition to consistently performing the five obligatory prayers.[38] In 1829, Bilali authored a thirteen page Arabic Risala on Islamic law and conduct. Known as the Bilali Document, it is currently housed at the University of Georgia in Athens.

As a Muslim I’m sad to tell you today only 1% of African Americans are Muslims! What happened to the 15 to 30 percent of Muslim African slaves brought to Americas?

Further more even this 1% of African American Muslims are not the left over followers of these early Muslim slaves. Of the 1.5 to 2 million black American Muslims you find in the United States of America today, are mostly if not entirely Muslims who embraced Islam or children or grandchildren of Muslims who embraced Islam in the last 50 to 100 years. They or their parents are Muslims by choice and by conviction that Islam is the truth and they accept by conviction that there is no god but Allah and Muhammad is Allah’s servent and messenger.

Further note that today you find so many African American Muslims is due to the valiant Dawah efforts of African American organisations such as the Nation of Islam who sought their lost African religious heritage and African Americans like valiant and brilliant orator Malcolm X, boxer Muhammad Ali and also immigrant Muslims after 1900 who devoted their time and energy for Dawah and shared with the African Americans their faith and convictions in one god Allah.

“I have eaten from the same plate, drunk from the same glass while praying to the same God with fellow Muslims whose eyes were the bluest of blue, whose hair was the blondest of blond, and whose skin was the whitest of white. And in the words and in the actions and in the deeds of the ‘white’ Muslims, I felt the same sincerity that I felt among the black African Muslims of Nigeria, Sudan and Ghana.” – Malcolm X

“The Mohammedan Negro [sic] has felt nothing of the withering power of caste. There is nothing in his colour or race to debar him from the highest privileges, social or political, to which any other Muslim can attain.” – Edward W. Blyden, Liberian writer and thinker.

May Allah guide them and us in the straight path and give us the good in this world and the hereafter. Ameen!

Suggest Further Reading For the Curious & The Seekers of Knowledge

Islam in America: From African Slaves to Malcolm X
Fard founded the Nation of Islam there in the same year. After Fard’s unexplained disappearance in 1934, Elijah Muhammed (1897-1975) took over, and he attracted disenchanted and poor African Americans
http://www.islamfortoday.com/historyusa3.htm

Basic Islamic Beliefs and Concepts
The Problem with the “Nation of Islam” A court ruling overturning a fifteen year British ban on its leader, Louis Farrakhan, has propelled the so-called Nation of Islam into the headlines. Michael Young
http://www.islamfortoday.com/beliefs.htm

7 Responses to 15% To 30% African Americans May Have Muslim Slave Ancestors!