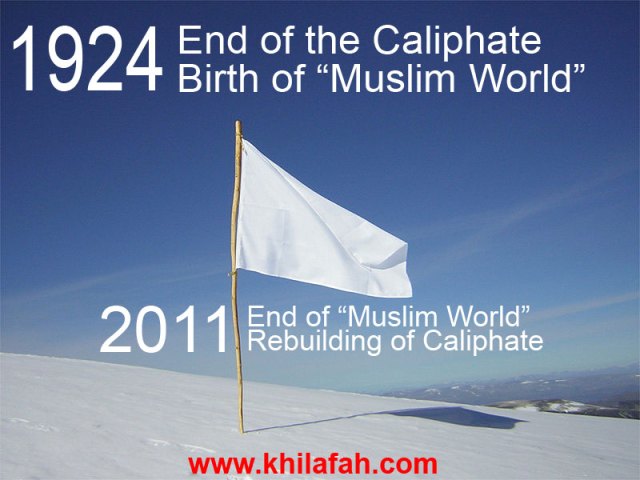 According to the Quran and Hadeeth there can’t be a term called “Muslim Countries” or “Muslim World”.

Lets stop using the terms coined by Kafirs to refer to our nation. Instead lets use the term Khilafah which is the rightful government and name of the only Islamic state that should exist on earth.

Now it’s time to end the Jahiliyah “Muslim World” concept that is in your head and subplant it with the Islamic concept of “Caliphate” statehood. It is only with obeying the will of God and unity among our divided nation can the Muslims stand it strong in the world agains like they once were.

Building a Global Movement for Khilafah.