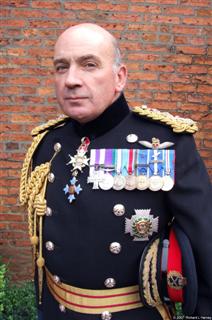 Speaking on the BBC Radio 4 program on 17 May 2010 about Britain’s continued occupation of Afghanistan, former British Army Chief, General Sir Richard Dannatt said: “There is an Islamist agenda which if we don’t oppose and face it off in southern Afghanistan, or Afghanistan, or in South Asia, then frankly that influence will grow. We could see it moving from South Asia to the Middle East to North Africa and to the high water mark of the Islamic caliphate in the 14th, 15th Century. He explicitly said if Muslims adopted Islam’s political ideas and the Khilafah ruling system, this would be unacceptable and warranted a military response from Britain. He had no issues with Muslims praying or enacting spiritual rituals, provided they surrendered political life to Western values”.